‘Now put your hands up!’ 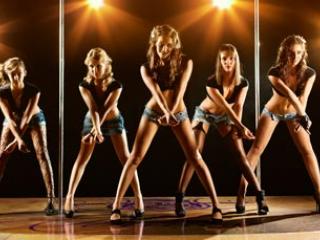 Marbella, Spain From £33pp
Let's do it!
Sorry... there doesn't seem to be any adventures for that search result!
Please try again.

If you want to learn some killer diva dance moves, then learn from the very best. Who else are you to look to but the dancing, singing, booty-shaking Goddess that is Beyoncé?

This is your chance to swap your bedroom and hairbrush microphone routines for a private studio, and learn from a friendly, professional choreographer who's got the moves down to a tee. While the American star has produced so many massive floor fillers, we've never stopped wanting to nail the routine of ‘Single Ladies', and we never will!

Now's your chance to channel your inner Bey and strut your stuff. You'll be ‘Crazy in Love' with this awesome, professionally choreographed routine! Learn the moves from beginning to end under the guidance of your dance instructor, from the flick of the wrist to the pump walk.

Even if you're not a complete dancing pro, give it the attitude of the diva herself and you'll nail it. Anyway, as soon as ‘'Single Ladies'' begins to play, it's impossible not to dance! You're bound to feel sexy and strong as you move your hips to the beat and shake what ya mamma gave ya!

Once you're all limbered up, you'll gradually work your way through the whole routine. You'll learn it slowly in sections before backtracking and putting it together until you can perform the whole show-stopping routine flawlessly from beginning to end, just like you're in the video. Don't forget to give it some sexy looks when coming back from the dips and walking to the beat!

You've got the Beyoncé dedication, the attitude, the strength, and quite possibly the bouffant ‘do, all that's missing is a little bit of instruction. So, what are you waiting for?! It's a hilarious way for you and your friends to get physical and have a hilarious, memorable, action-packed afternoon (that is if you don't all fall out fighting over who's Beyoncé and who's the backing dancers!).

Just wait until next time you're ‘'up in the club (club)'' and work it on the dance floor, your moves will be on fleek!